I was asked recently how we come up with such great characters and breathe life into them. This made me root around in our old project files folder and I found some very early work we did on the Jingos that I thought we'd share with you.

Here's the first ever sample of 8 characters we considered for the Jingos: 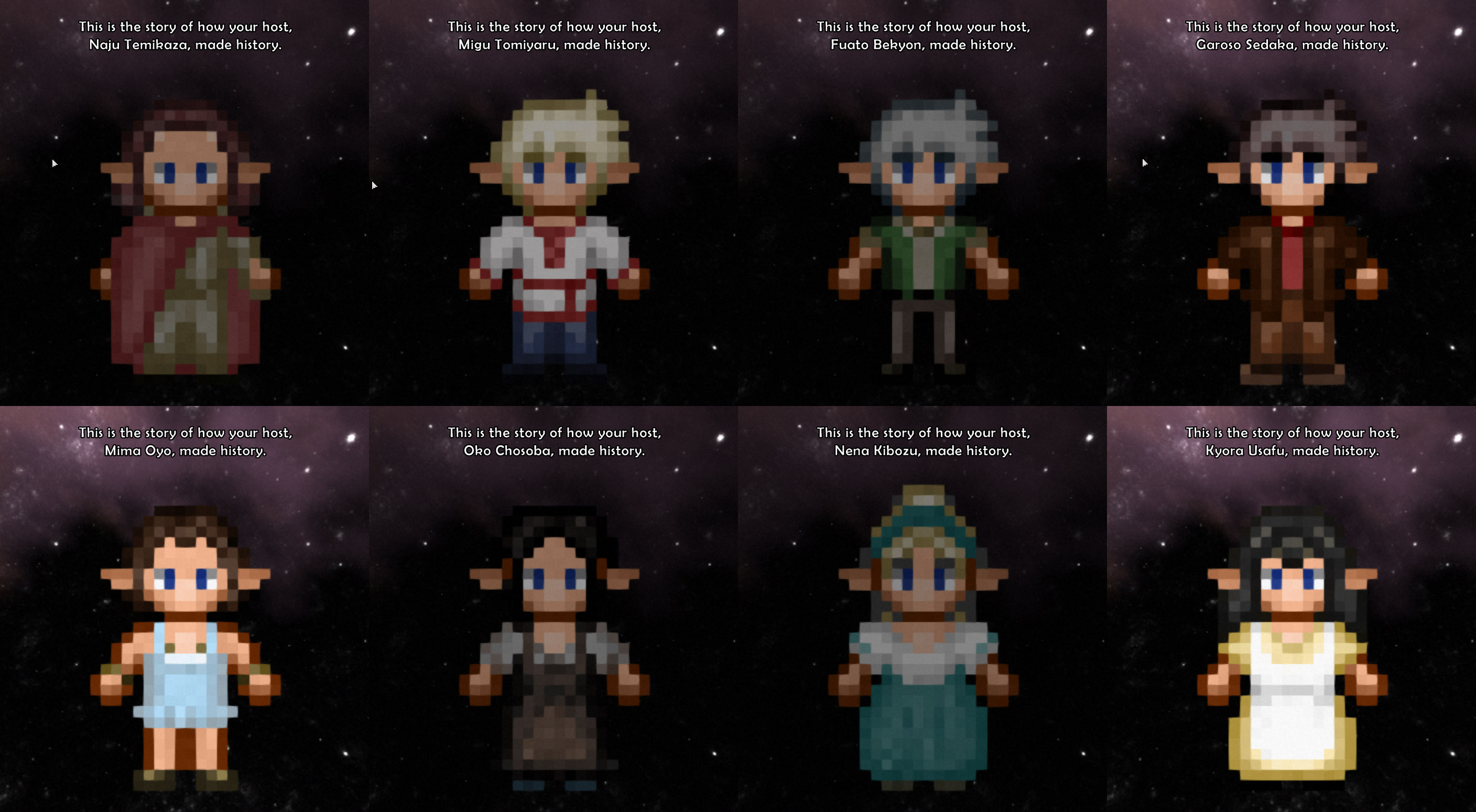 These are randomly generated by the character generator built in to the infinite dreams engine - you can already see most of the names have been generated and the clothing and colors are somewhat reflecting the personalities that will be assigned to each of them.

To bring these characters alive, we next need to assign personalities, occupations, biographies. Also, some of the names need a little work - Mima Oyo is too short and feels awkward to say as do Naju and Oko. We settled on Oyoto, Najur and Toko - making the minimal changes necessary to fix the problem. Here's what the images suggested to us in terms of personality and occupation: 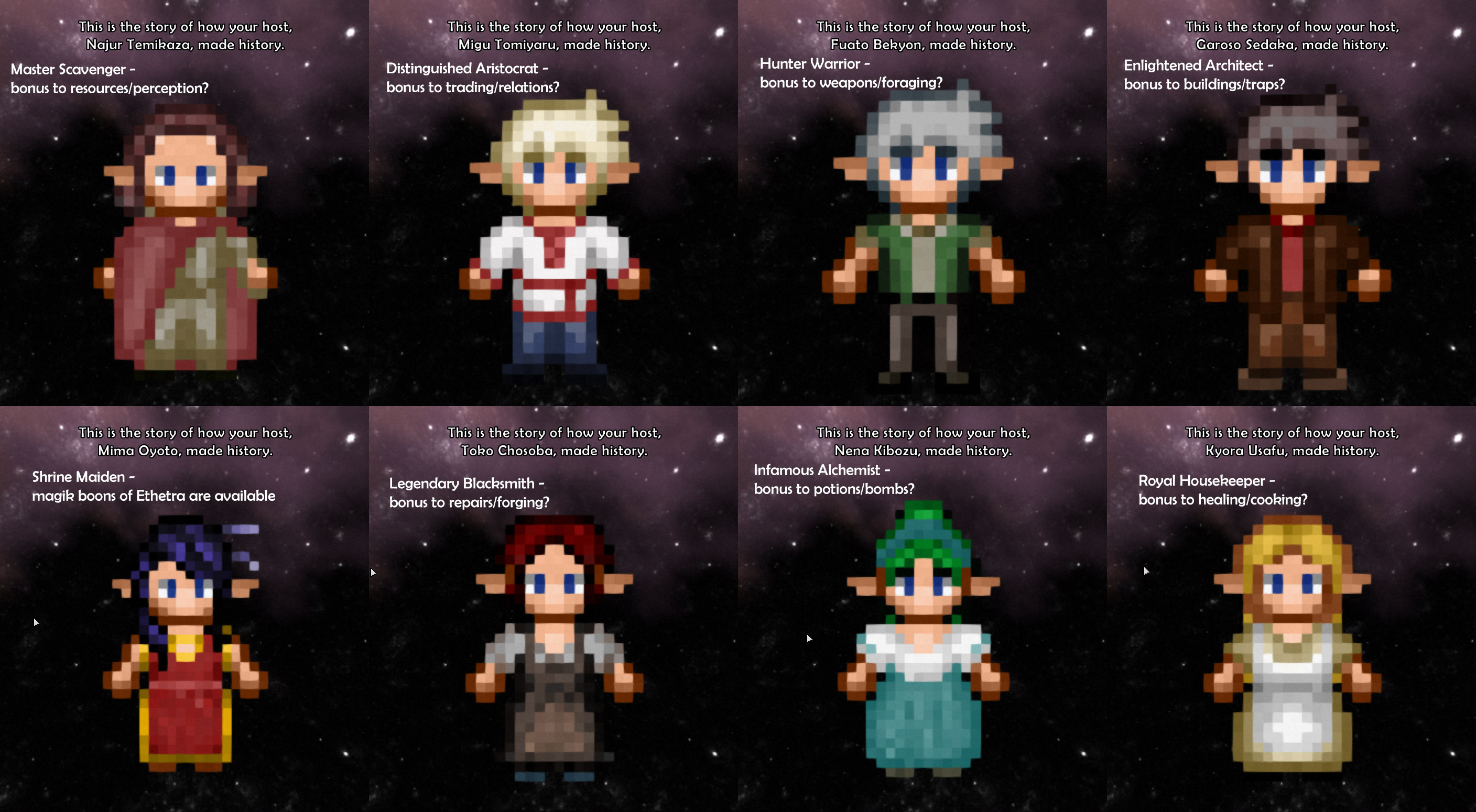 You can see how the girls evolved in this screenshot - hair is a great way to express personality as are brighter colors and the originals felt muted and ordinary. It wasn't really clear what job role Mima would have from the first image, so she got a make-over.

To balance the game, the characters need a purpose and advantages (and disadvantages) associated with playing them - our initial thoughts were centered on physical things such as weapons, traps and potions but there's nothing very exciting or extraordinary about that. We later migrated to a magic-based battle format and these characters evolved to a new sprite format. It's also important to consider quirks for each character - those little things that make them 'human', like Nena's attachment to her hat and her happy-go-lucky attitude - here's the progression of Nena to an early in-game bio card: 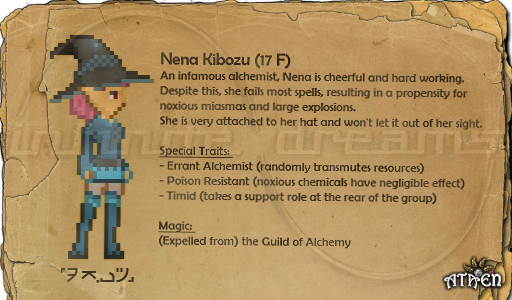 By now, characters have positive and negative traits and we have to balance these to make sure the game plays fairly. It's time for the writers to fine-tune the text and for our concept artist to work some magic! The end result, which may still be tweaked a little before release, now looks like this: 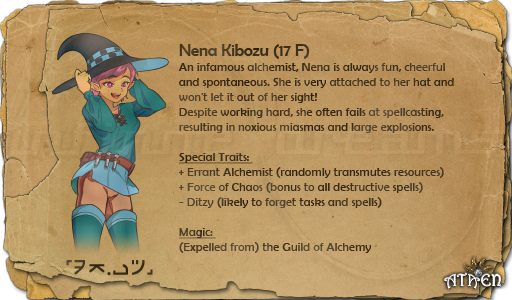 I think you'll agree that Nena came a long way from that first image :)